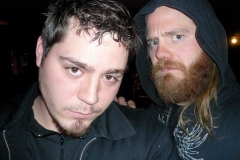 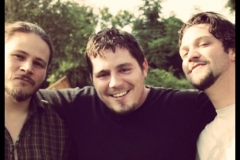 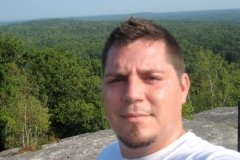 On April 9th, 1981 Zachary Daniel Hartwell was born to George and Irma Hartwell.  He was the 5th child in a family of eight; he was the fourth boy. Zac was my little brother. As a child, Zac loved music and sports (especially football). He was pretty good at it too.  He loved to make people laugh and as he grew older it became apparent just how much Zac loved the spotlight. Often times in trying to make us laugh he did very inappropriate things, which, actually made us laugh even harder.

Zac joined the US Navy and became a gunner’s mate on the USS Detroit. While serving in the Navy, Zac was part of Operation Enduring Freedom. When Zac got out of the Navy he returned to Westchester Pennsylvania where he met up with his friends, the Jackass guys. Zac became a bouncer, bodyguard, designated driver, a stunt car driver, a producer on Jackass Two, and he lived an amazing life.

On June 20th, 2011 after spending a night celebrating, drinking at a bar called Barnaby’s, in Westchester, Zac got into the passenger seat of the Porsche driven by Ryan Dunn; and lost his life in a DUI crash – 400 feet from his home.  On June 20th 2011, all of Zac’s family and friends who loved him so very much had our lives changed, forever. I will miss him till the day that I die. All of us will. I love you Zac.

Click play to hear an audio version of Zac’s story